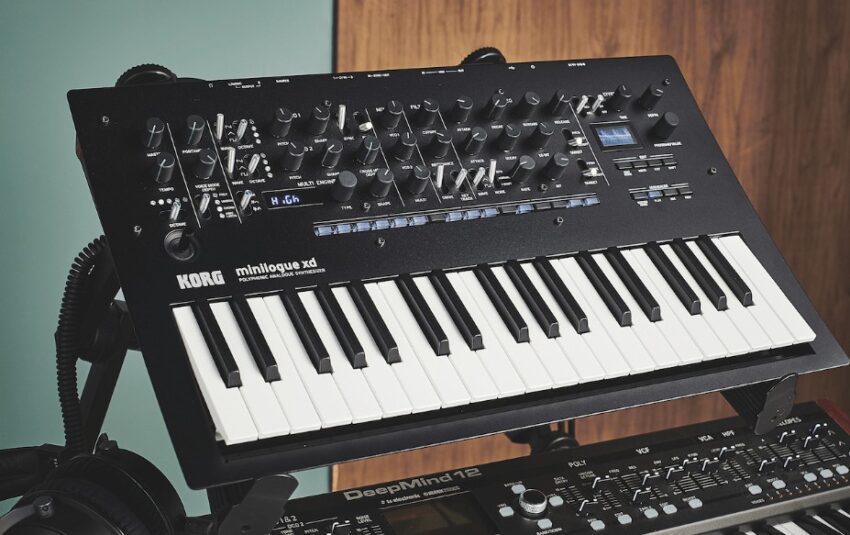 Most people use keyboards and synthesizers interchangeably, but these are two different things. Synthesizers and keyboards are essential musical instruments that are designed to create and produce sounds. They are mainly used in places of worship, music classrooms, and in the entertainment industry.

Whether you are planning to add or buy a new music instrument, you should navigate the available options that you find on the market. Understanding the similarities and differences between a synthesizer and keyboard can help you choose the right synthesizer or keyboard.

What Is a Keyboard? 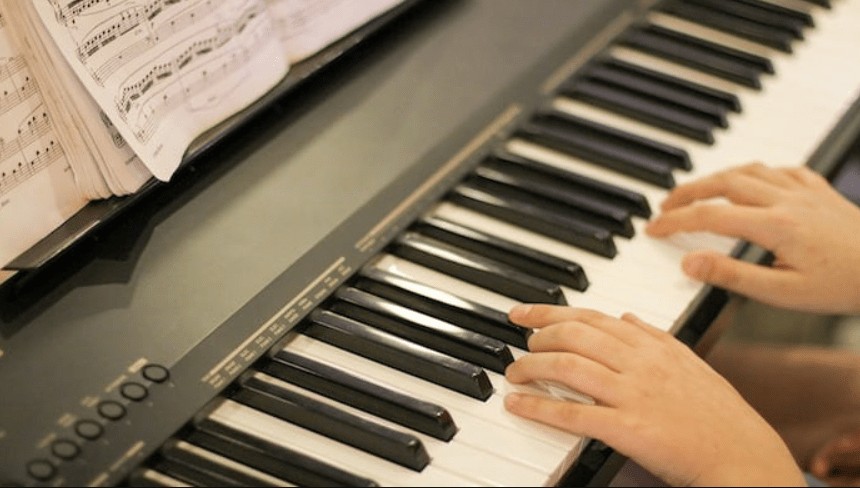 A musical keyboard is a musical instrument that has a set of depressible keys designed for playing notes. These keys are also referred to as push buttons or levers.  Sound is produced when the keys or pushbuttons are depressed using fingers.

This instrument designed to implement a variety of synthesized and electronically devised sounds. One can use the keyboard to play different notes at once.

In essence, a keyboard is a versatile music instrument that enables a pianist to play music.

The first keyboard was invested in the 14th century. The evolution of the music keyboard is linked to the theoretical and technological developments that have taken place within western culture. It has now become of the most popular musical instrument.  Modern keyboards are made of white and black keys. Its black keys are designed in sets of three or two, while the white ones appear adjacent to each other.

Black keys are commonly referred to as the flat or sharp keys, while the white ones are known as the natural keys. Its keys are compact enough to give the user a hassle-free, great playing experience.

A keyboard is designed in such a way that it cannot suffer any damage even when fully loaded or unloaded. Its durability makes it one of the kid-friendly musical instruments.  In general, this is a high-end music machine that one can use for traveling performances.

Keyboards are portable since they are easy to transport and lightweight. In addition to this, they are well-designed, making them a great option for both professionals and beginners. In fact, this is the best music instrument that one can start with. Anyone who would like to enjoy playing a musical instrument should buy the right keyboard.

What is a Synthesizer? 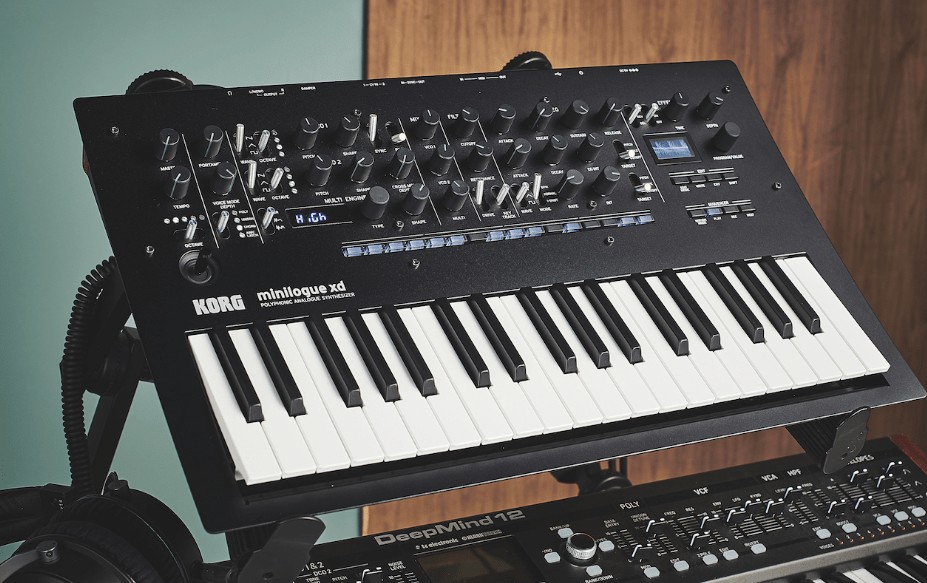 The first synthesizer was invented in the 1970s.  Synthesizers are designed to produce different types of sound. For instance, you can use them to mimic the sound produced by traditional instruments like pianos or violins, or even produce brand new sounds. You can use it to mimic acoustically-made sounds.

Synthesizers are compatible with other musical instruments. For instance, they can easily be combined with other components to produce unique sounds.

A synthesizer can either have 88, 76, 61, 49, or 37 keys. A good synthesizer should be portable and lightweight.  Synthesizers are well-designed and built, making them an excellent option for playing and producing electronic, modern music. They can also be used to modify other sounds. The main applications of synthesizers include music production and live performances.

How do Synthesizers Work?

Most modern synthesizers come with oscillators that create electrical signals.  The signals produced by synthesizers are them amplified before moving to the speaker.

The speaker plays an important role in turning these signals into vibrations. Synthesizers are not actual instruments because they are more complicated as compared to keyboards. 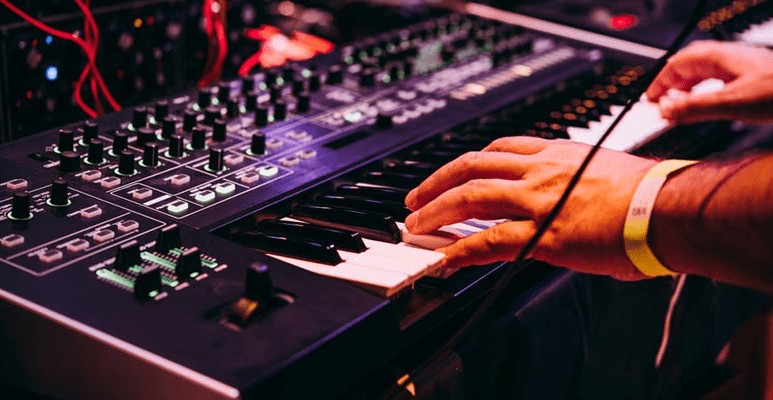 Differences Between Synthesizers and Keyboards

As mentioned earlier, some people use the words keyboards and synthesizers interchangeably, but these are two different things.

Keyboards are designed with white and black keys that make them look more like acoustic pianos, but they have different sources of sound.

An electric circuit is completed when the depression buttons of keys or a keyboard get pressed. The keys of a keyboard keys compact enough to give the user a hassle-free, great playing experience.

On the other hand, a synthesizer is not an actual music instrument because it is designed like a controller.  In fact, it is much more complicated than a keyboard.

They have built-in functions that make them ideal for producing and playing electronic music. Synthesizers can also be used to modify various tones. This is the main reason why they are preferred for live performances. Synthesizers come with oscillators, but keyboards don’t have such components.

In fact, synthesizers come with more connectivity features than a conventional keyboard that allows the user to connect them to other instruments. This means that one must connect synthesizers with external audio equipment like an amplifier. This is one of the unique features that add to the versatility of a synthesizer.

Keyboards have a clear history, while that of synthesizers is quite complicated to explain.

Synthesizers are rich sound sources that generate a controlled sound, while keyboards are instruments with white and black keys that generate sounds.

Unlike keyboards, synthesizes focus on detailed editing and sound design.

Classic synthesizers have fewer keys as compared to piano keyboards, but they are enough to design the patterns and sound needed.

Similarities of Keyboards and Synthesizers

Synthesizers and keyboards are great musical instruments that have significantly transformed the music industry. The mode of operation for these instruments is almost the same since they both have buttons or keys.

Synthesizers and keyboards are designed for sound producers and designers.  Both of them produce quality sounds, making them ideal options for music enthusiasts.

In addition to this, both of them are compatible with other sound devices.  Both synthesizers and keyboards come with depressing keys that enable the user to produce sounds and play music.

Casio Privia PX-160 is an 88-key hammer-action digital piano. It comes with ivory and ebony key surfaces for authentic touch feel. With the excellent performance and cost-effective price, Casio PX-160 is great for both beginners and intermediate players.

Check the Price on Amazon

Novation Analog Synth is a 37 key compact synthesizer with editing software. It’s a powerful synth that is equipped with 14 conventional waveforms, four knobs, and eight animate buttons, which make it easier for you to produce and edit tones.

Check the Price on Amazon

Those are the main instruments used in the music industry.

Synthesizers are more complicated as compared to keyboards, but both of them are used to play music and produce sounds.

The current market has different types of musical instruments that one can choose from. The common ones included pianos, keyboards, and synthesizers.

Most of the modern keyboards have different types of tones. They also include various types of whistles and bells. In essence, this instrument is designed to meet the needs of users who want to play or produce music.

The choice made depends on individual needs, budgets, preferences,  among other essential factors. Music enthusiasts are advised to pick instruments that meet their needs and budget.

Choosing the right music instrument will significantly enhance your playing experience and help you save money in the long run. 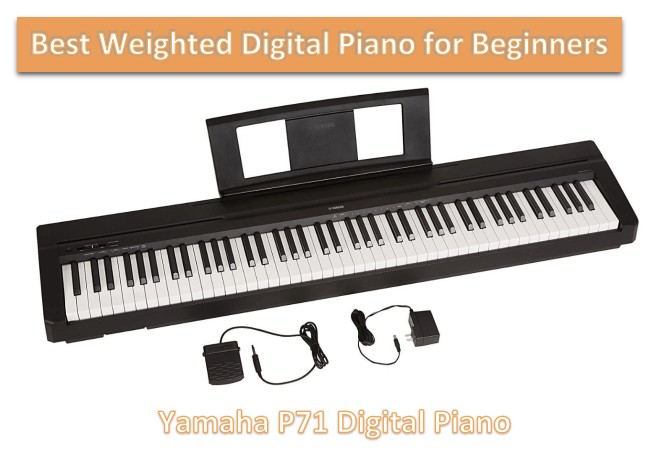